Is it possible to translate the bizarre fantasy of Fellini into a film festival?

I chose the Italian director Federico Fellini. His works are inspiring and influential for their imagination, based on Jung’s theory, depicting the unconscious desire of dissatisfied people.

After researching and watching Federico Fellini’s numerous films, I chose six of them as the feature films in the festival: La Dolce Vita, 8½, Juliet of the Spirits, Satyricon, Fellini’s Casanova, and City of Women. The common theme among all of these are the disillusioned mid-life crises people face and the fantasy world they imagine in order to escape their problems.

The visual is a dreamy and distorted world, the playful fantasy in those people’s minds. I photographed images containing that message to match with the festival style. The visual outcome is a bit irrational and playful for the audience to escape into Fellini’s fantasy world. 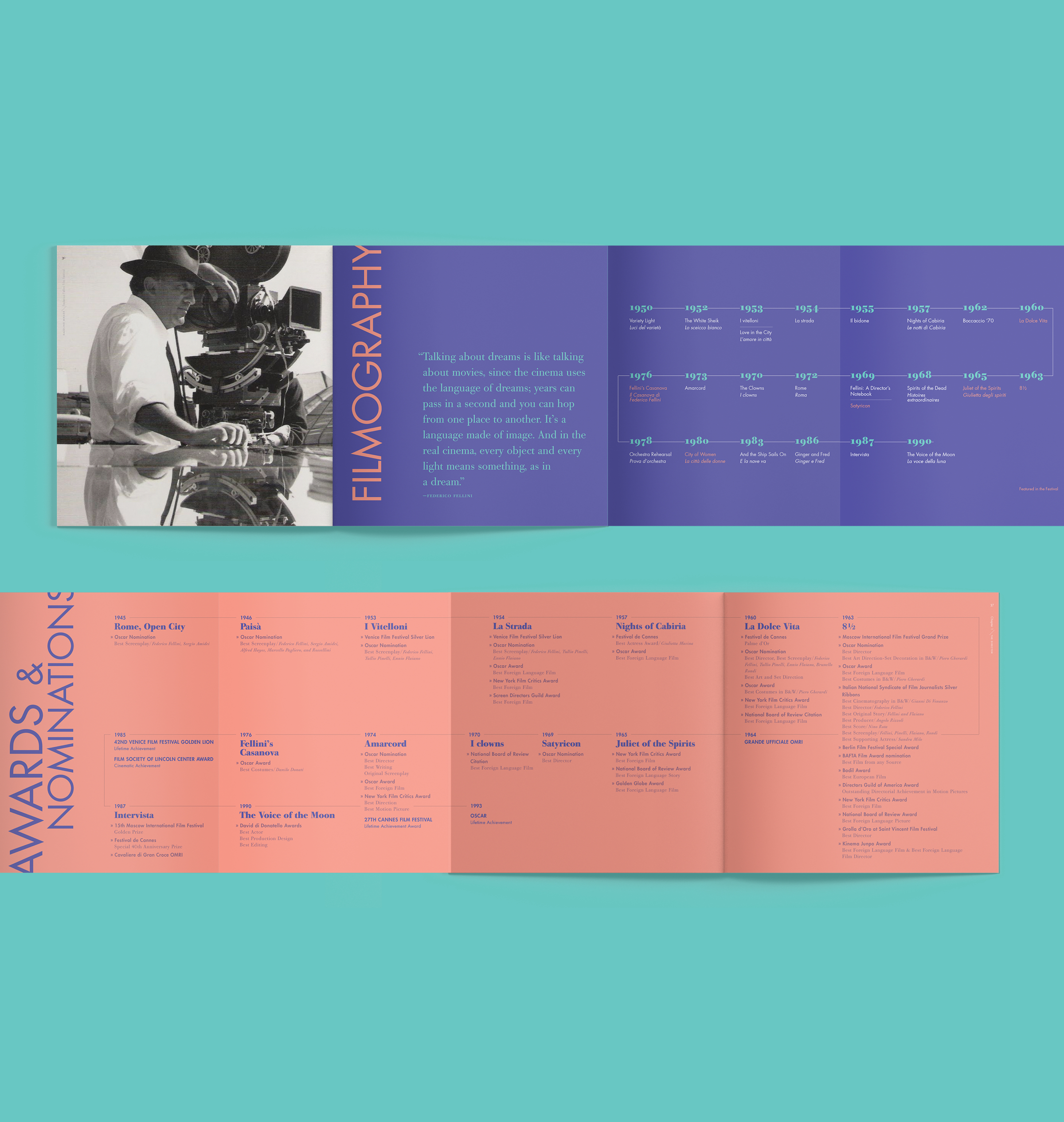 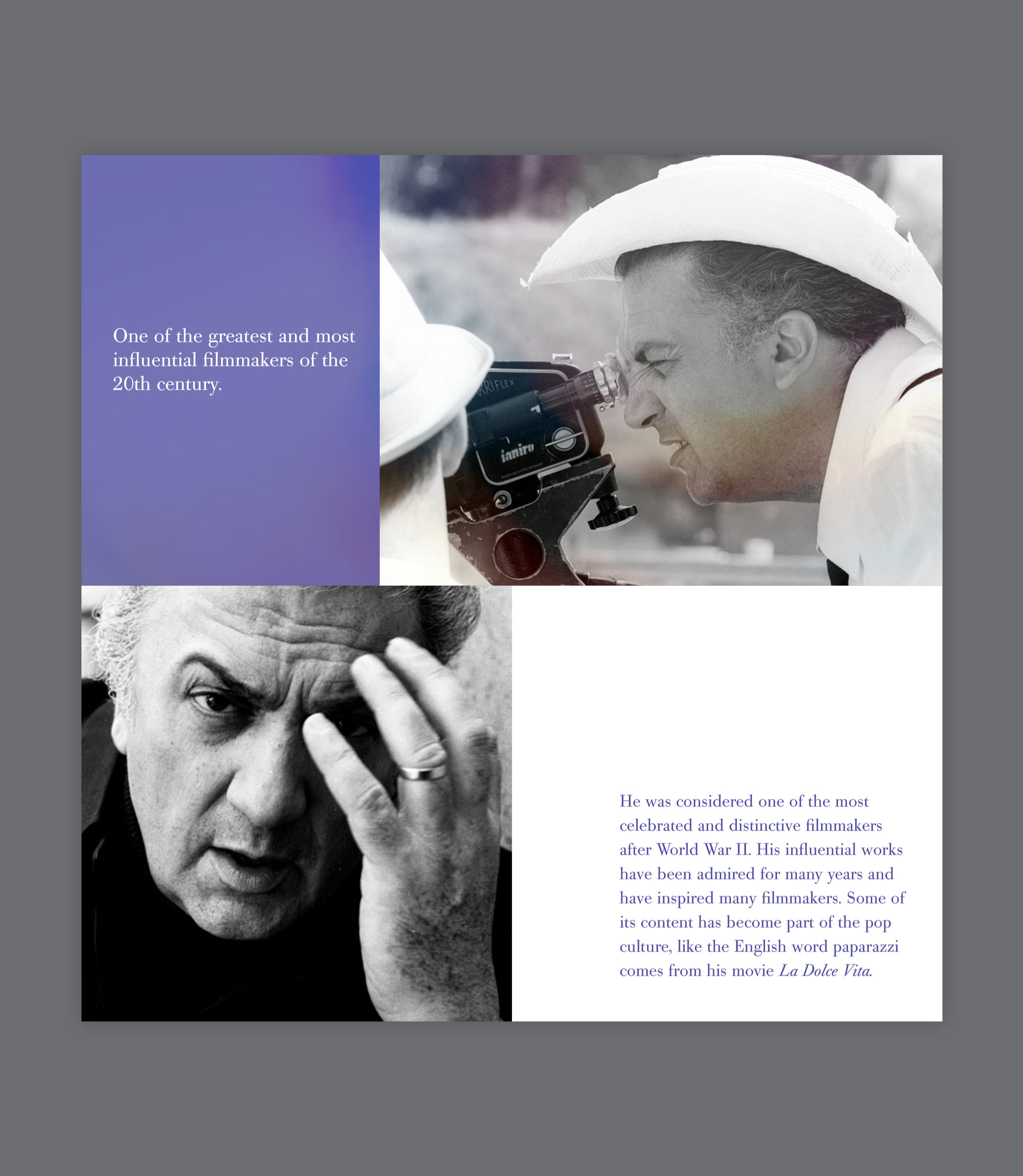 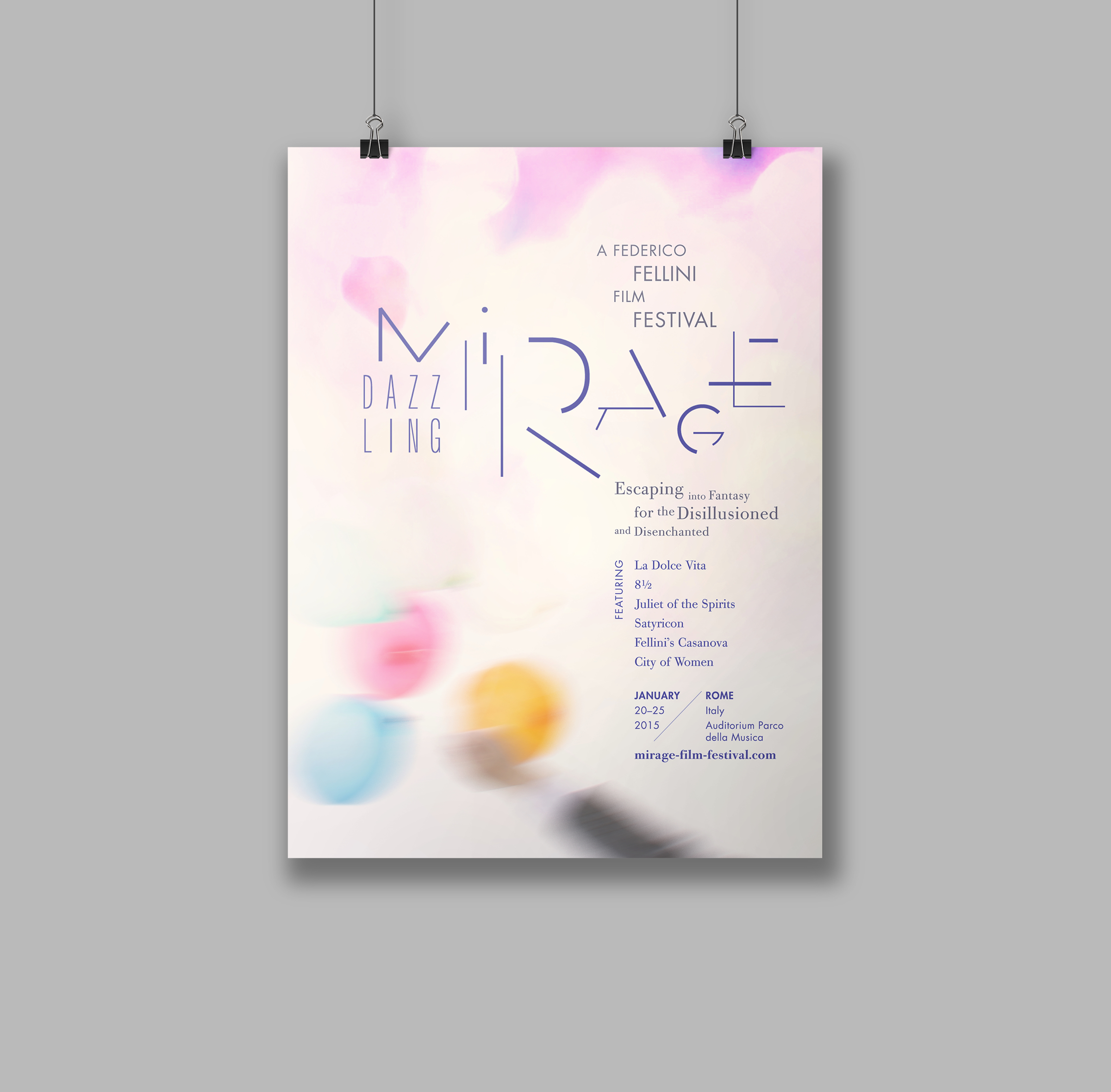 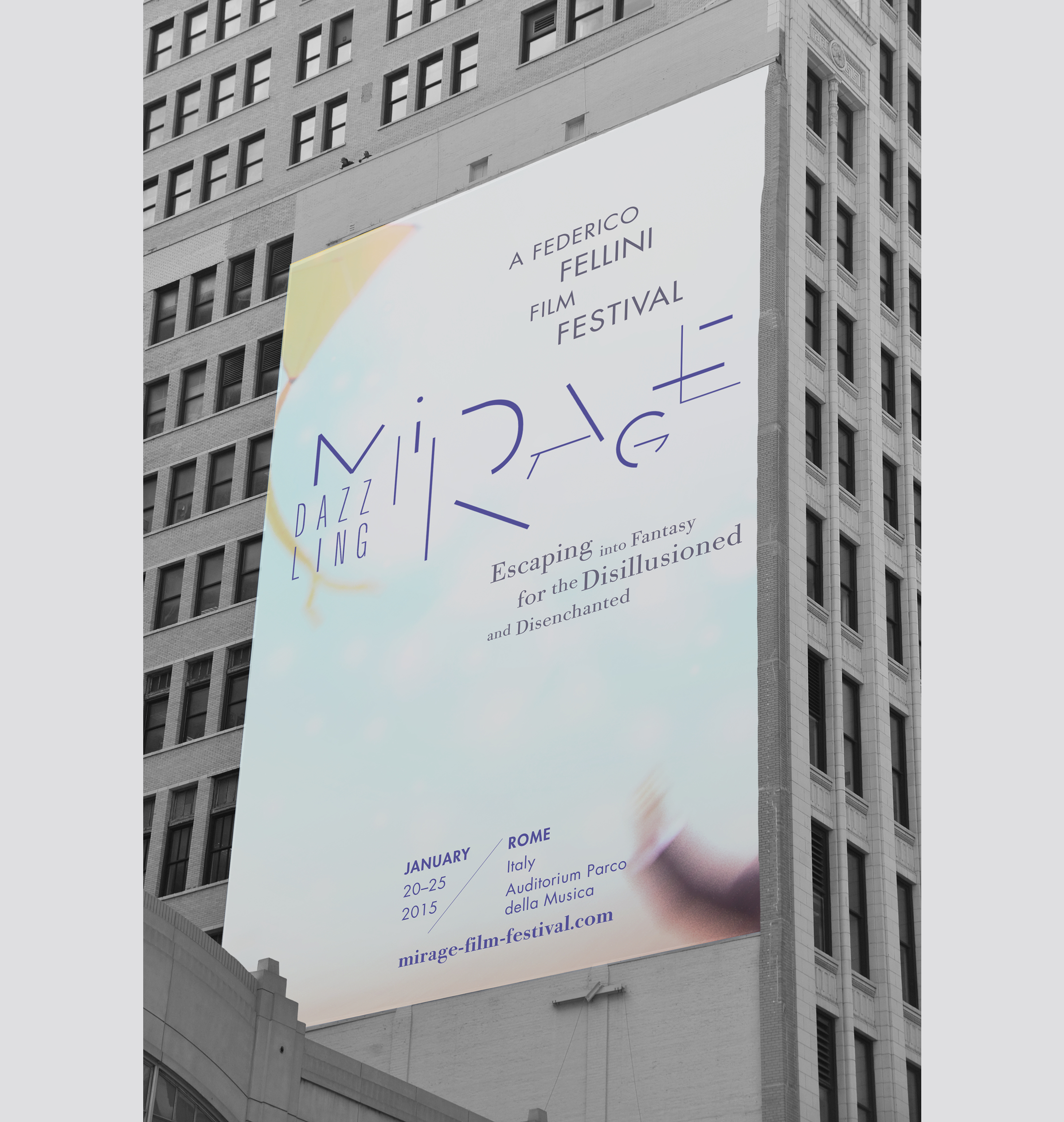 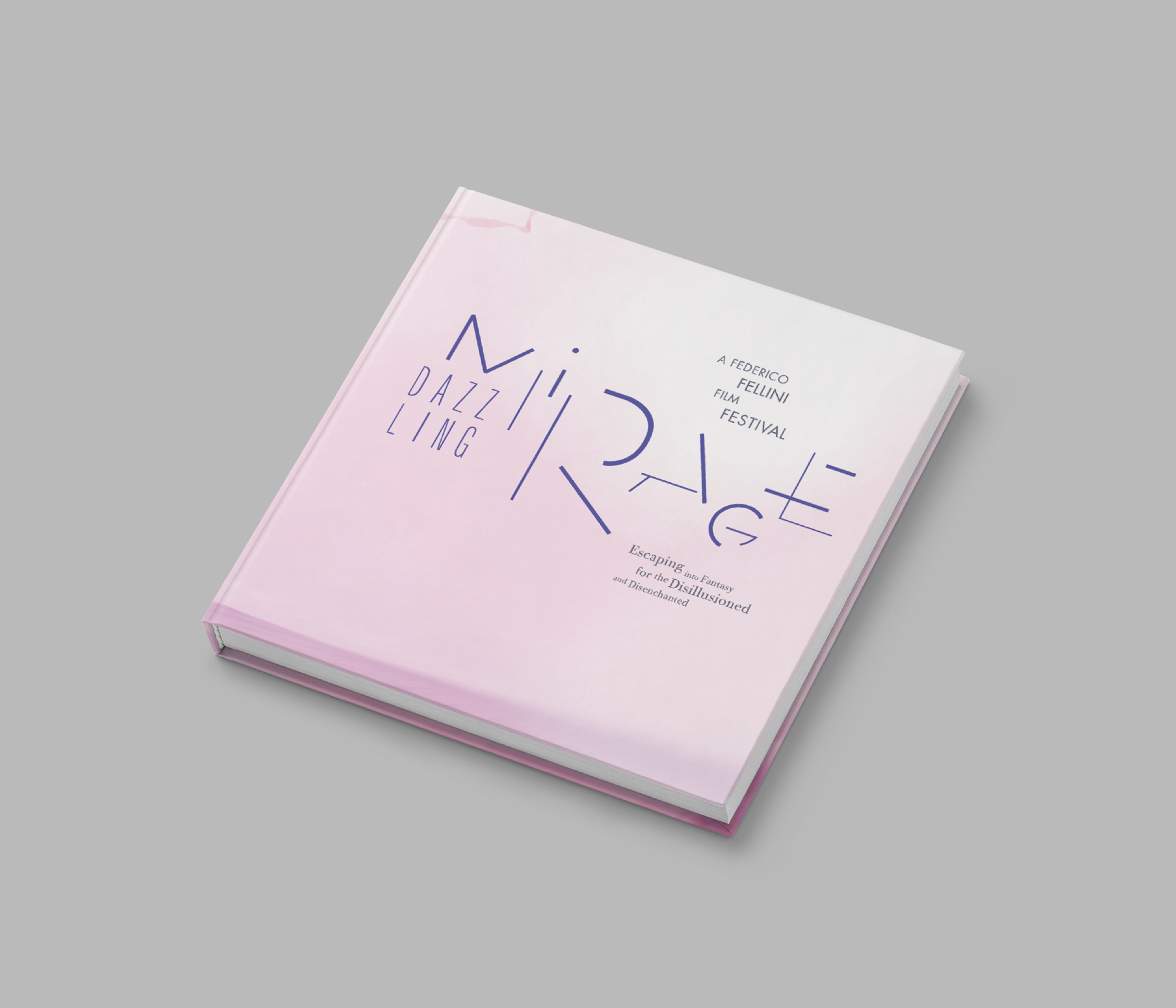 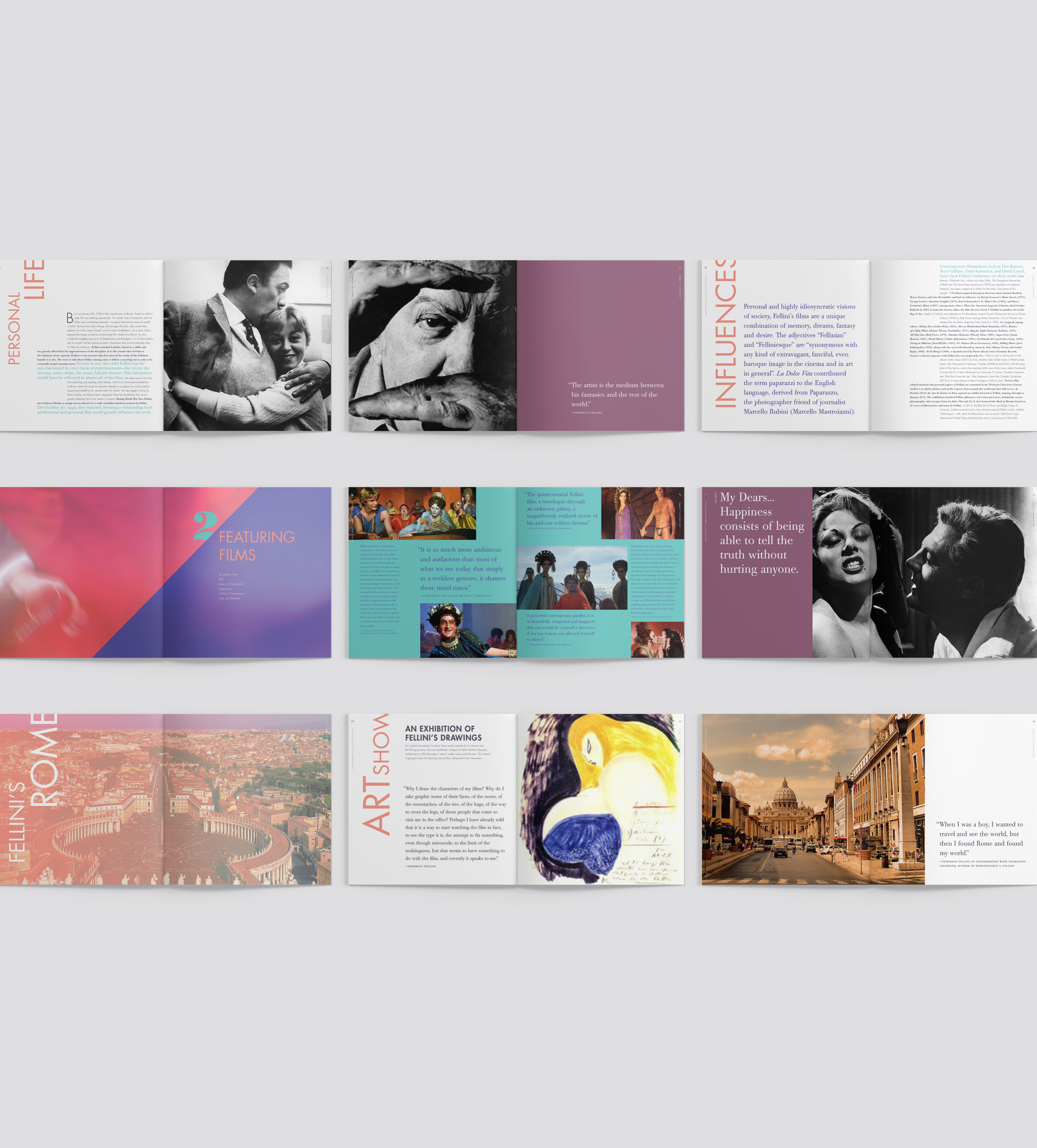 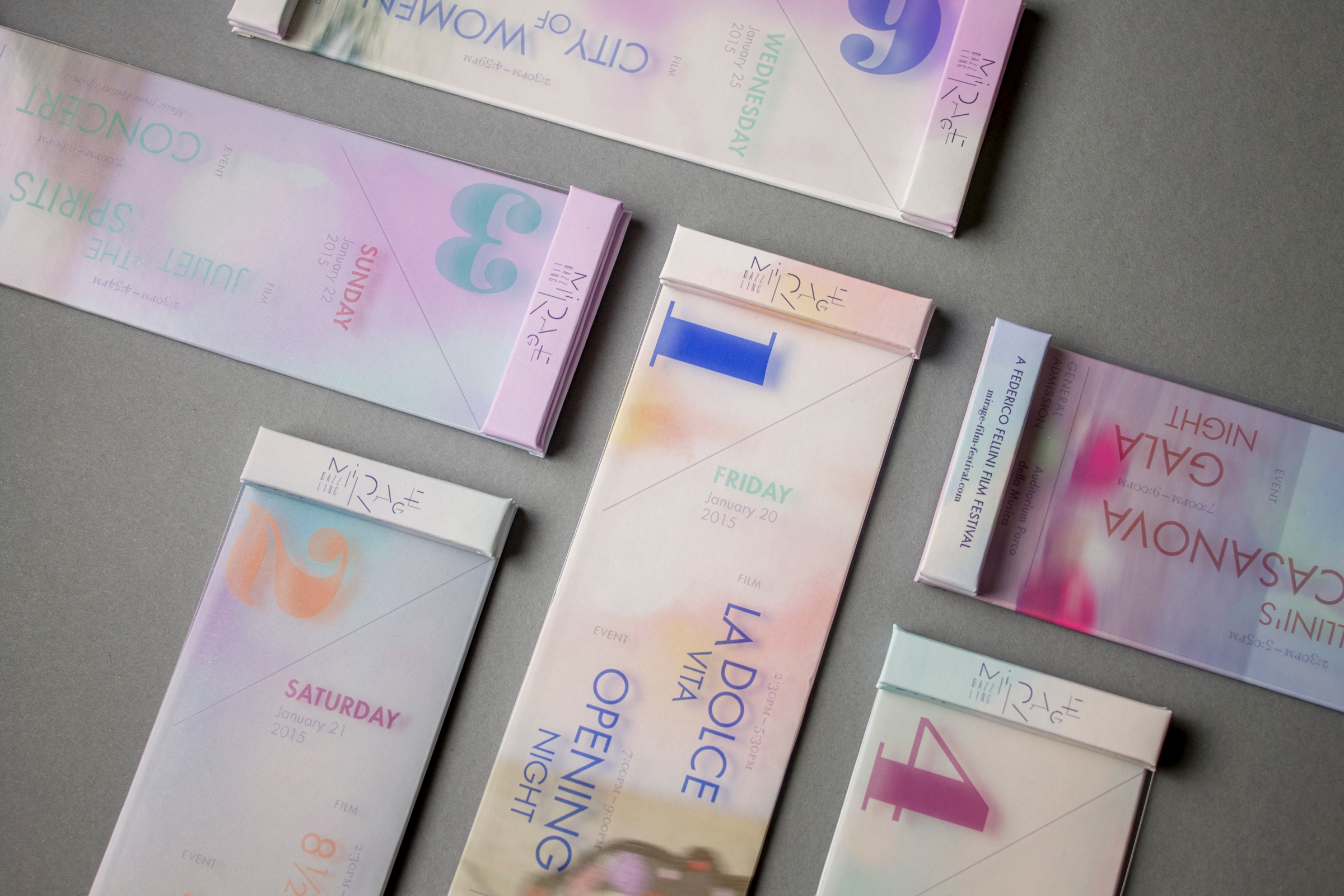 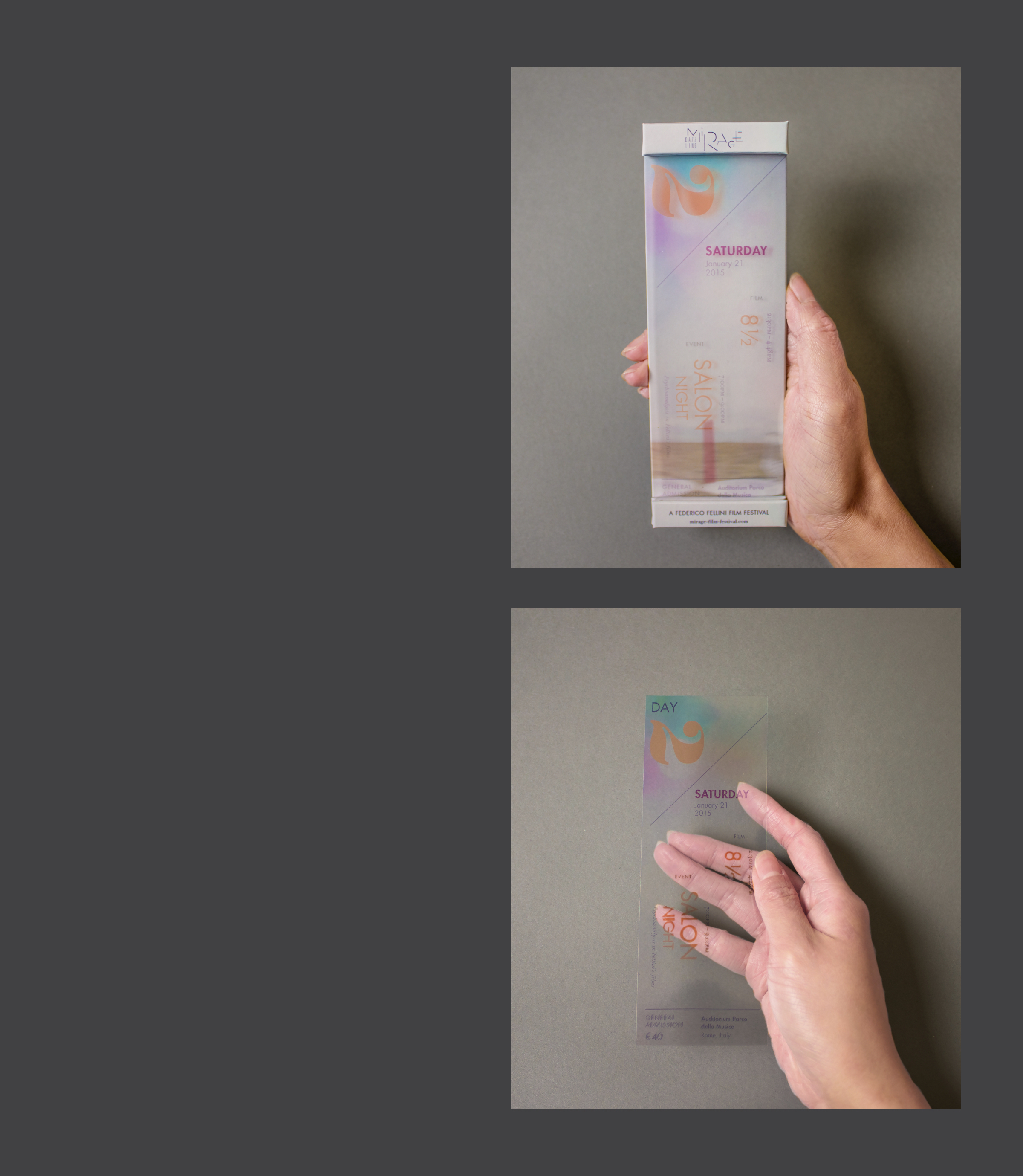 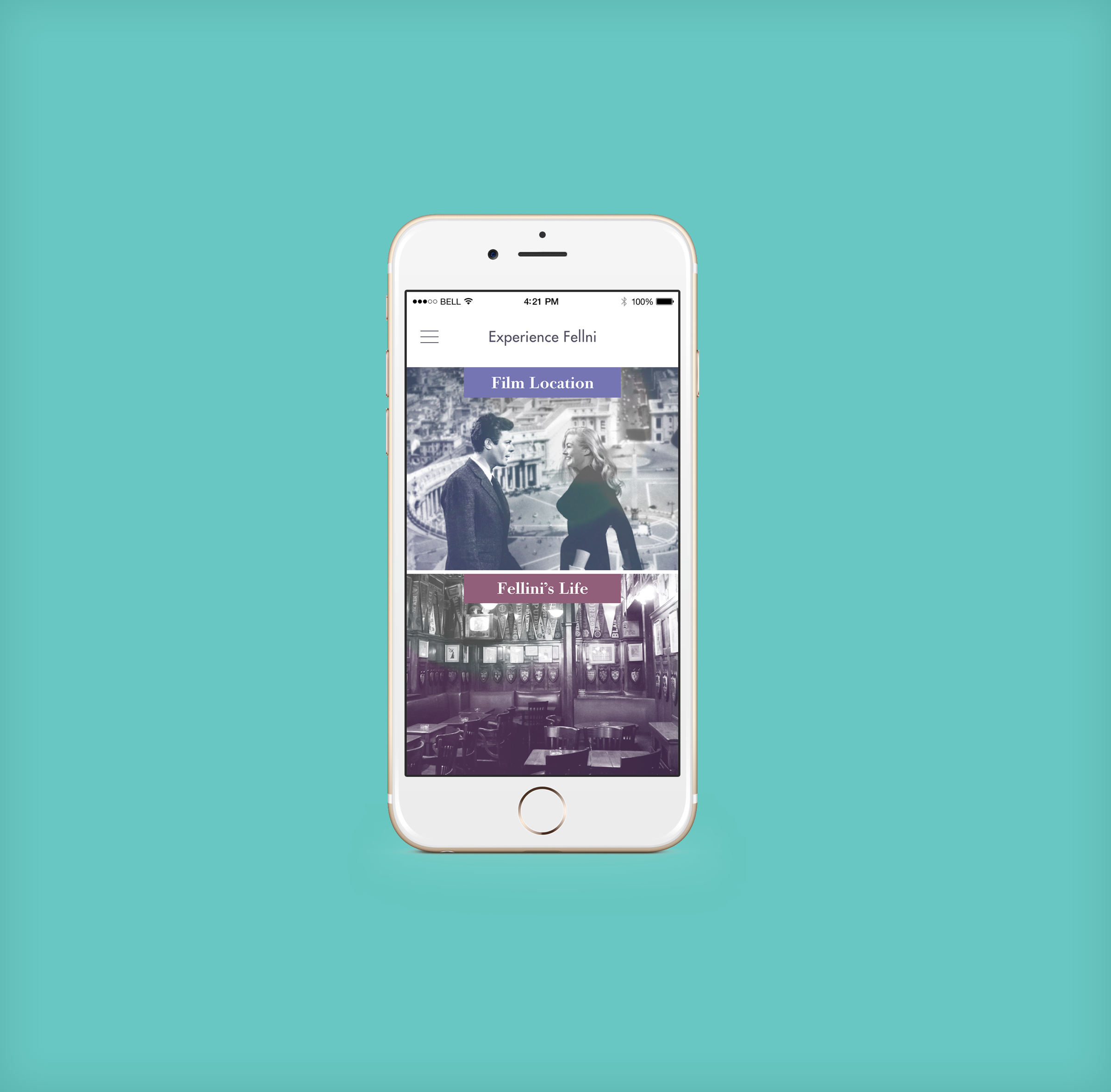 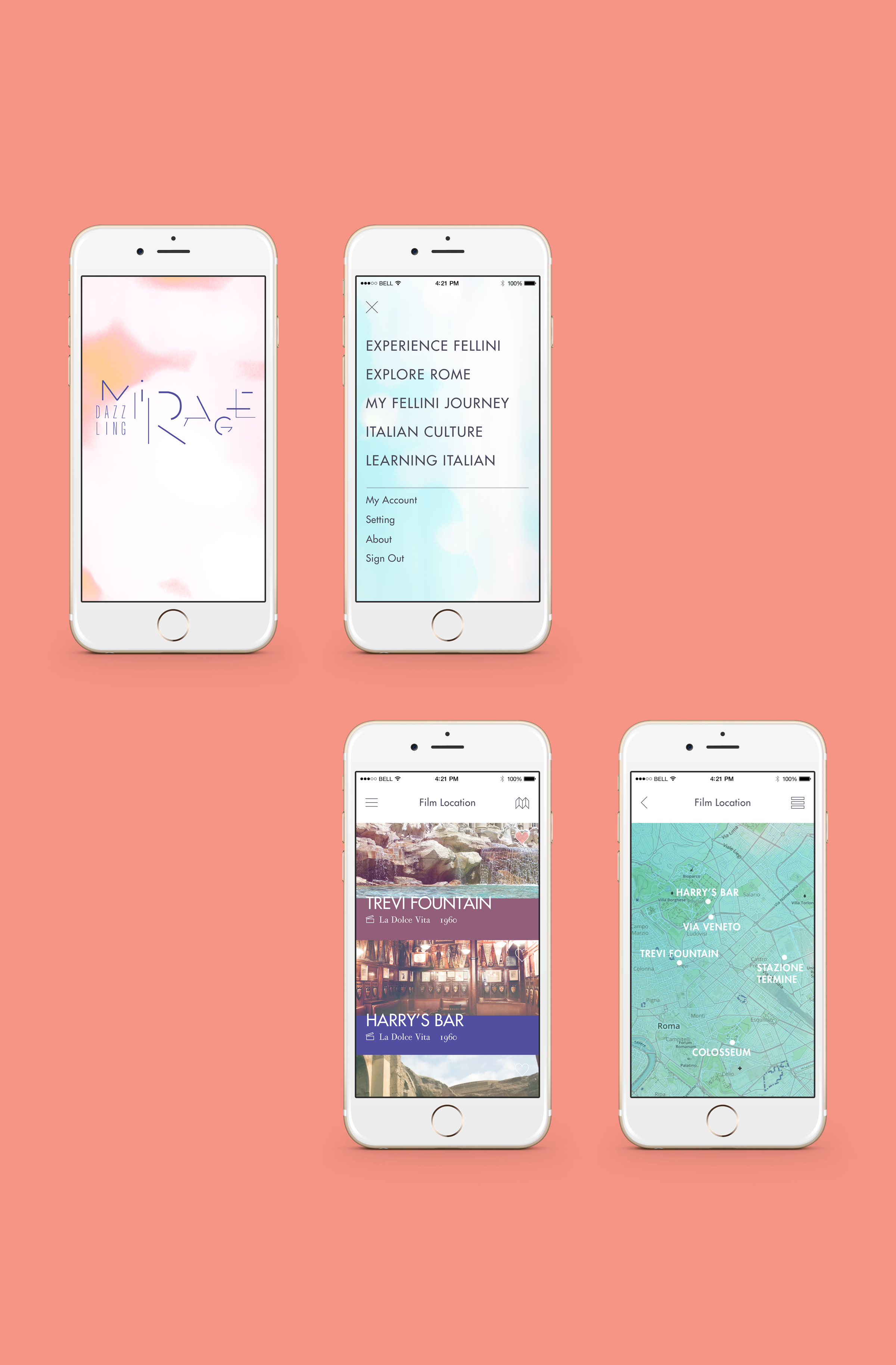 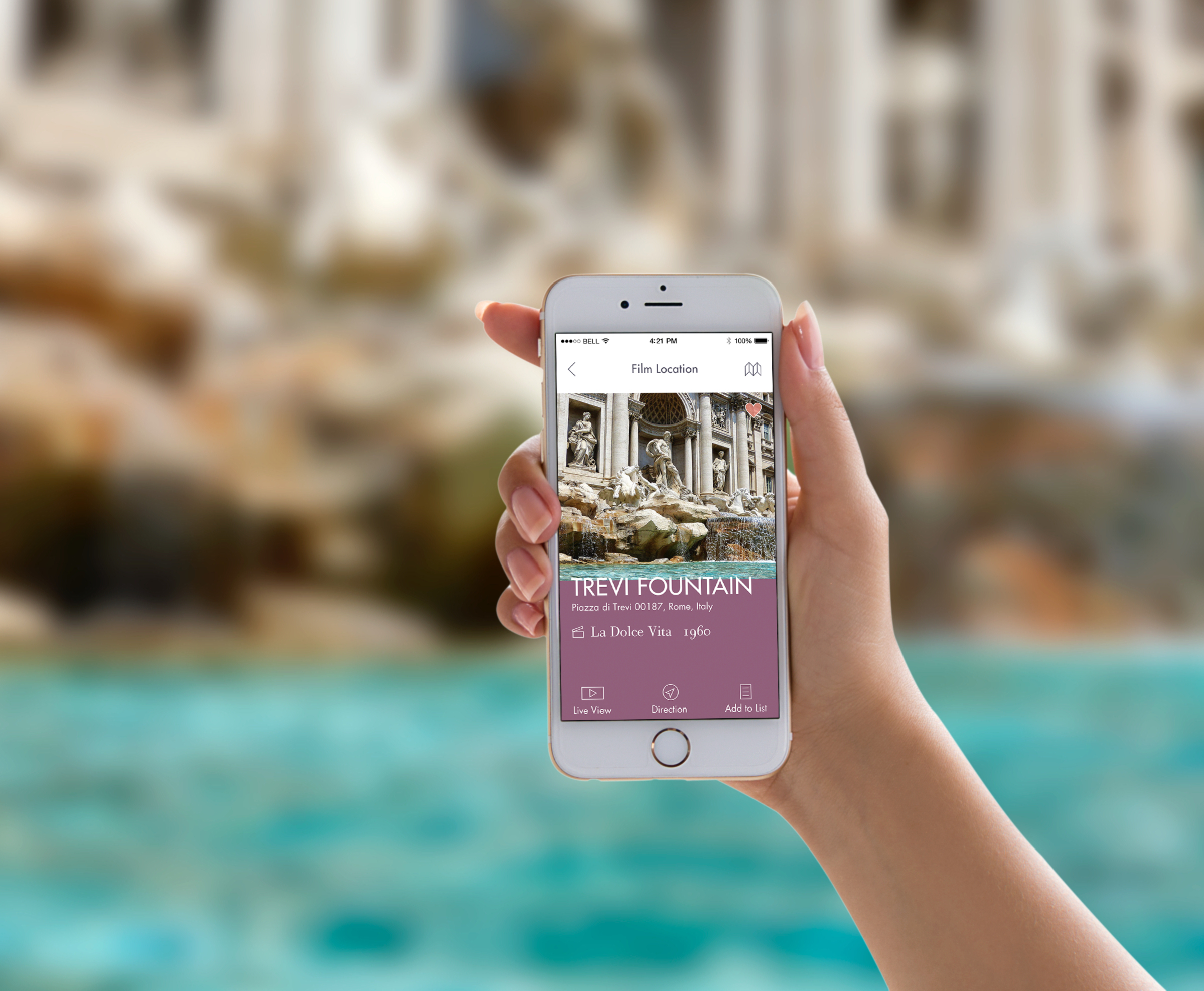